I bought my 1989 Toyota MR2 in May2016 as a low mileage example to turn into something special and help me come to terms with the deterioration of my parents mental health.  Both of my parents have dementia and no longer know who I am – which really messes with your head. I felt powerless and couldn’t fix them, but felt that I needed to fix something, so I chose to go on a nostalgia trip to the happy memories of the 80’s when I lived at home and worked for a Toyota dealership selling MR2’s brand new back then. The dealership was called Ashley Smithy situated near Tatton Park and the story finishes nicely at Tatton park if you keep reading. FULL BLOG ABOUT THIS CAR CAN BE FOUND HERE

On first inspection of my shiny white MR2, the bodywork seemed  in great condition, but due to the poor design of the sunroof drains and internal rusted areas which weren’t visible, I had a shock after 2 years of owning it!

My car was more rusty than I thought and yet it had only done 50,000 miles!  In order to complete the “fixing” task, I realised that I needed to call on the services of the professionals  (no not Bodie and Doyle…hmmm) and spend some more money.

I have known Ira at Palatine Motors for 18 years and he is he ONLY person I trust to work on my cars.  He uses decent paint, has 30 years experience and repairing crashed cars is what he /  Palatine Motors does – hence I gave him a call to discuss the project.  We exchanged the rusty images via “Whats App” for a few weeks so that he could understand the extent of the rust and arrange a time schedule for me to be booked in.

I also sent the images to Neil Jones who breaks MR2’s in mid Wales. Neil is also a top bloke, who only supply’s decent usable spares and cut off sections from Mk1  MR2’s. Again, he is the ONLY person to use if you want MR2 bits in my humble opinion as he knows his stuff and is very nice to deal with.

So with Ira and Neil able to help me I was feeling happier as i knew the outcome was going to be good!

So  I started grinding….. and found filler….and carried on grinding to see what was going on under the filler.  Someone (idiot) had treated this car to a botch job at some point in its history. I concluded that the car required new A Pillars, B Pillars and also rear box sections on both sides, plus dents / welding on both arches… The job got bigger and bigger !!!! 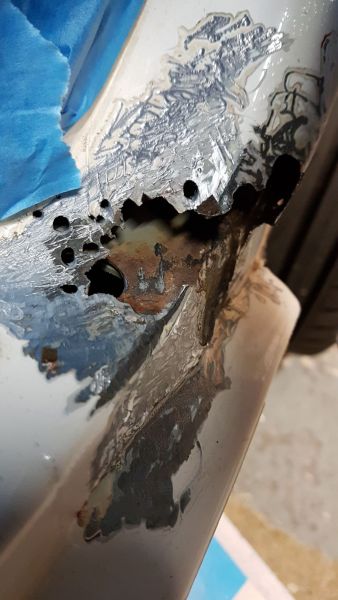 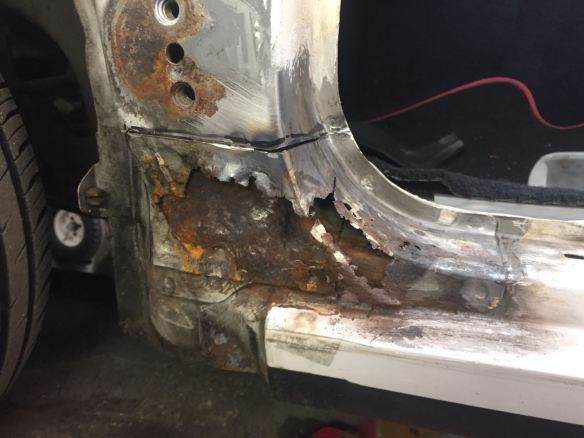 Ira at Palatine Motors removed the doors and got stuck in!

Although it looks horrendous I hadn’t left it too late… 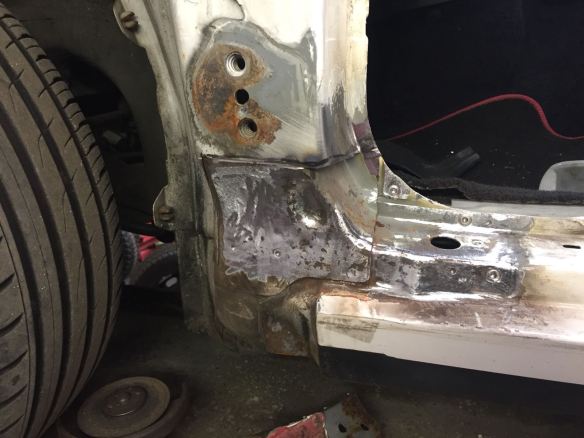 And with Ira’s skill and understanding he was able to get to the good metal.

I ordered an A-Pillar cut from another MR2 from an MR2 breaker in Wales called Neil Jones and he sent it to Ira so that the original profile was retained perfectly, as it forms the wind seal for the entire door.

Prior to fitting the new sections, Palatine Motors coated the metalwork with a zinc weld through primer

…and carefully Ira welded the sections required to make the car perfect again.

THIS IS THE RESULT!!!

It started with a few bubble of rust…. nothing to worry about

Oh…. Yes there is

Oh crap… Its rusty between the panels

Meanwhile, Neil was on the case !!!

A superb rust free section taken from one of his many MR2’s. It was £45! 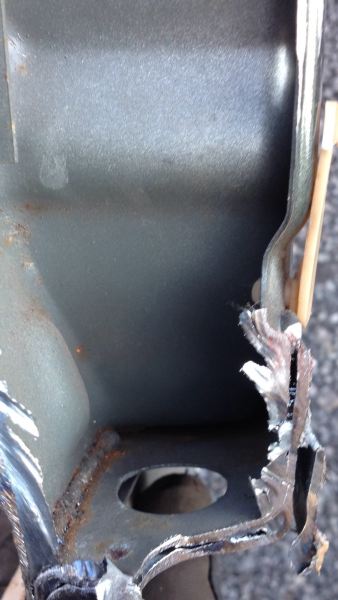 I got Neil to send it direct to Palatine Motors

A few days later and Ira had worked his magic !

Its all come up rather nicely as you will see below. Its a mixture of a perfect paint match and a lot of buffing and cleaning by me to get the rest of the paint to look fresh again. 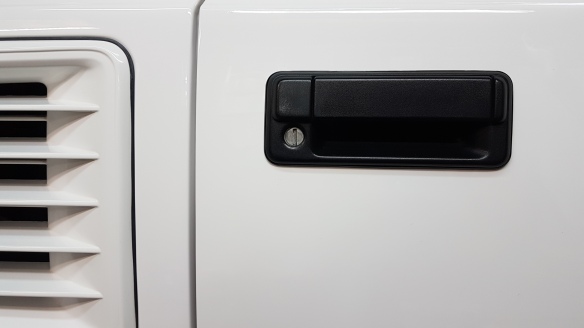 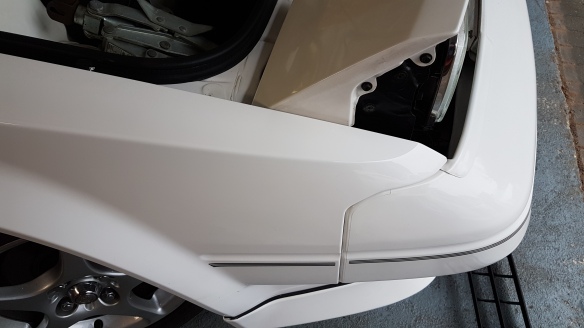 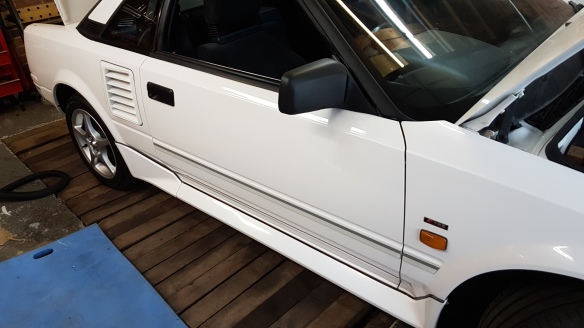 all polished up and paint match is superb. White is really difficult to match!

Side skirts and mudflaps in place before replacing the side decals

Then it was time to show it at the Tatton Park Classic car Extravaganza – which is only about 1 mile away from the Garage I used to work at in the 80’s. Tatton Park has a fond place in my heart as I used to take customers on test drives along the Tatton mile and every year Toyota displayed cars at the Cheshire Show held there. We used to drive MR2’s, Supra’s and Celica’s over from the garage to display them on the Toyota stand there. 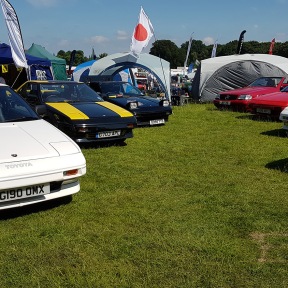 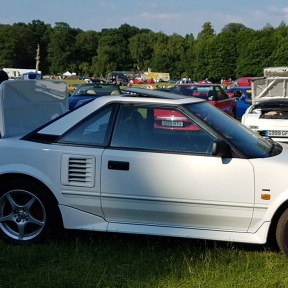 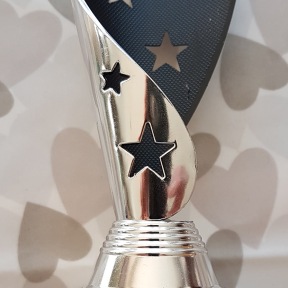